After spending a good amount of time dodging a shifting plume of toxic laze and getting fleeting glimpses of what lay before me, I was finally able to get a clear view of a bifurcating river of lava, with each branch entering the sea. Calling it a day after that seemingly impossible battle with the steam and gas plume, not even five minutes passed before a partial collapse of the littoral cone sent lava splattering everywhere, including where I had just been standing to capture this image. 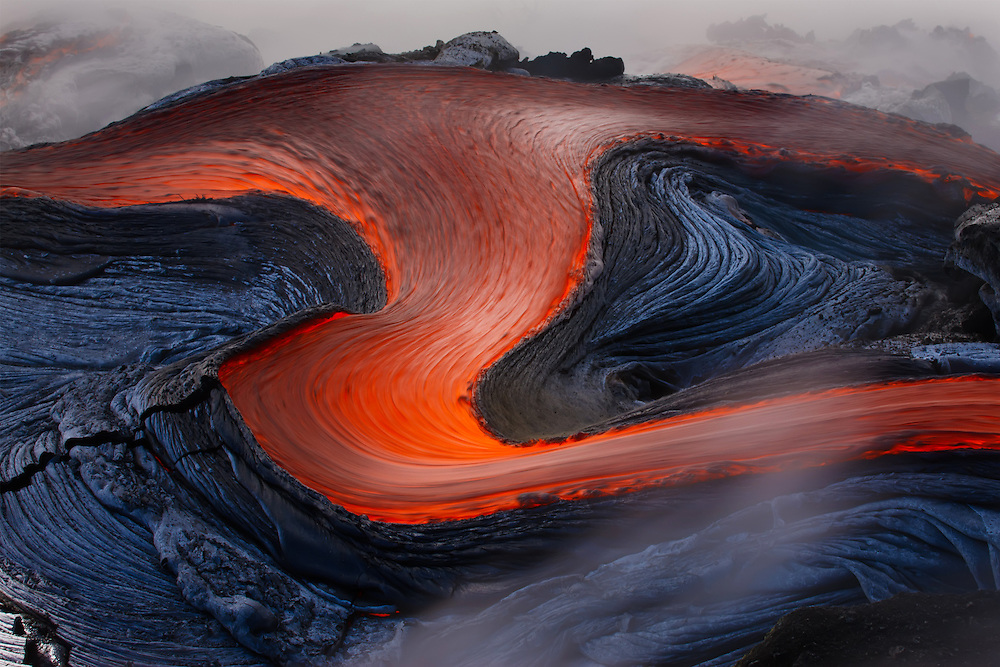