The Nene (Branta sandvicensis), Hawaii’s state bird, was on the very brink of extinction as they numbered less than 30 in the 1950’s. Through breeding programs on Hawai‘i, Maui, and Kauai, and another in Slimbridge, England, the Nene count has slowly grown to more than 1100, with several small but stable populations in the wild.

While resembling its distant cousin, the Canada goose, Nene have evolved and adapted to life on the Hawaiian Islands, having lost some of the webbing on its feet and strength in their wings. Besides being easy targets for hunters, their natural ground nesting habits made it easy for mongoose, feral cats and dogs, to take this species to near oblivion. The Nene’s comeback is an example of successful conservation efforts, making it an icon for our threatened native Hawaiian wildlife.

This Nene, observed on the upper slopes of Mauna Kea, posed for a photo before resuming his foraging on native grasses. 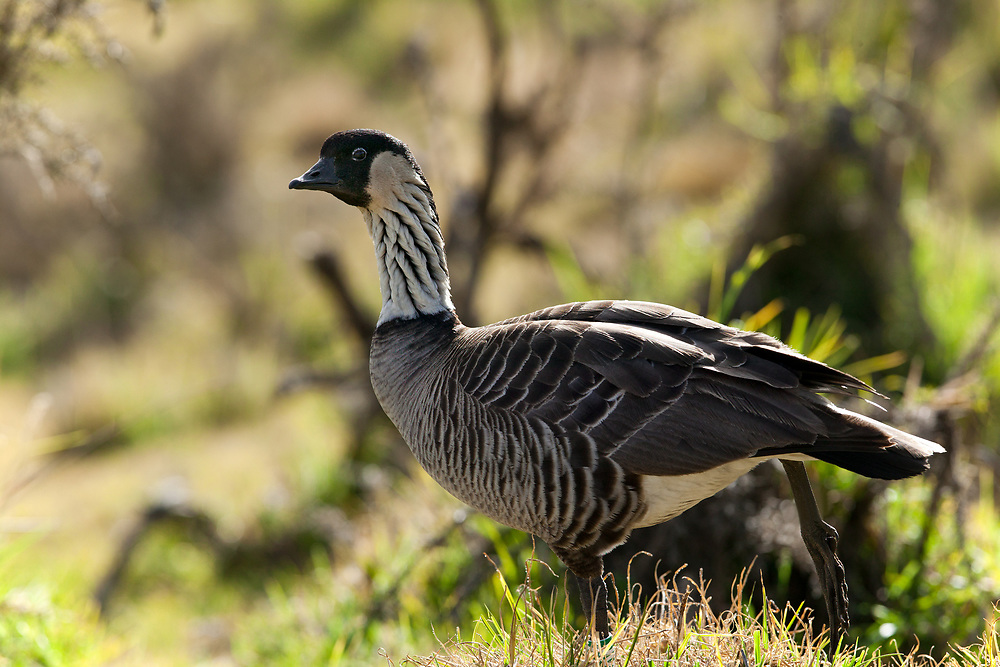